THE PRINCE OF GIRONA VISITS THE CAÑIGUERAL GROUP

The Cañigueral Group, who is leader in the meat sector in the Spanish area, has been visited by His Royal Highness the Prince of Asturias and Girona in the space that the group has at Alimentaria, the International Food and Beverage Reference worldwide. Accompanied by the president of the Generalitat, Artur Mas, and other authorities, the Prince spoke with the leaders of the group that employs more than 1,440 people, mainly in the province of Girona.

The family company has received recognition of his work and activity, they already consolidate as a key player in the Spanish food industry. With a global turnover of 485 million euros in 2013 and a production of 252 million kilos, the Cañigueral Group consists of the slaughterhouse and cutting plant Frigoríficos Costa Brava, first Spanish company got approval to export meat white pigs in the United States, Embutidos Monter , producer of cured sausages and Mercadona supplier and Coopecarn, specialized and European market-leading of marinated meat pork production , beef and poultry.

You can find more information here.

Go back to the news 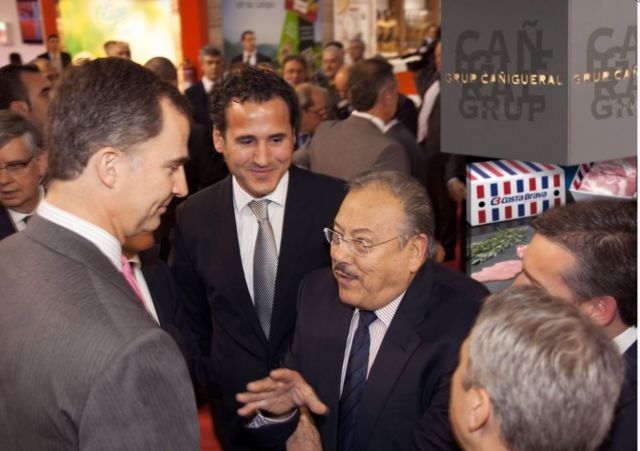